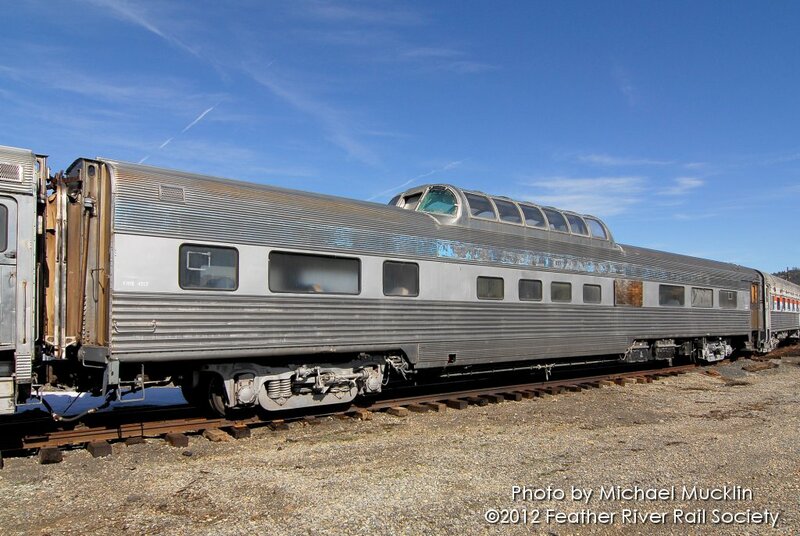 This car, named the “Silver Lodge” was built by the Budd Company in April 1948.

The Vista-Dome chair car, also called a dome coach, was the hallmark and most prominent feature of the California Zephyr. Each car featured forty-six reserved seats on the main level and an additional twenty-four unreserved seats in the dome level. Unlike many other trains, the dome seating in the forward cars was open to everyone and would remain so for the entire life of the CZ. Typically, three dome coaches were placed in each train and located directly behind the baggage car or, in later years, a flat top coach.

It was purchased by the FRRS, part of our “Zephyr Project”. It is currently stored pending restoration.

Cars owned by different railroads ran together in the train.

More information about the CBQ4717