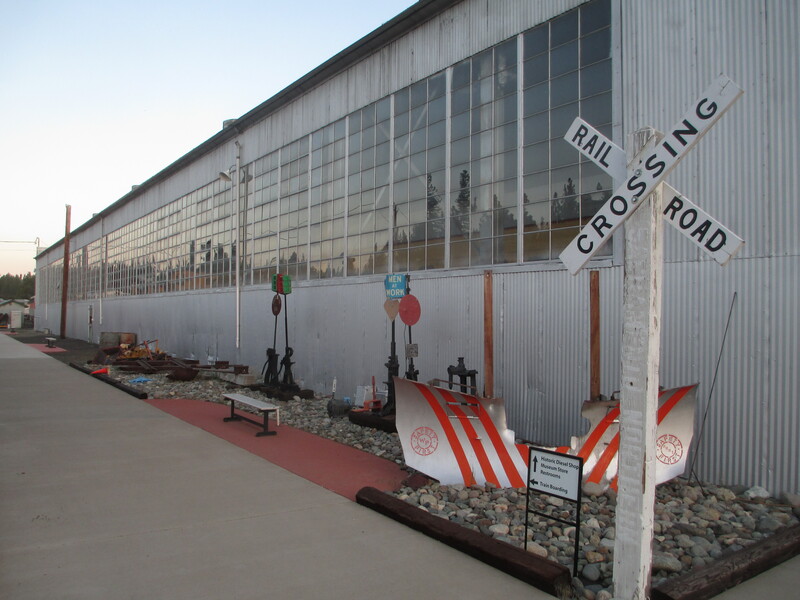 The Western Pacific was an early-adopter of diesel-electric technology compared to other Class-1 roads. At the beginning of 1939, the WP roster was comprised of 167 steam locomotives, of which 139 were oil burners. The first diesel to arrive on the WP showed up in September of that year.

The efficiencies of the diesel locomotive, coupled with a steady growth in traffic on the WP, resulted in more orders for new diesel locomotives from multiple manufacturers. The ascension of diesel power on the Western Pacific was so rapid that by 1952, steam engines were gone from Portola, and completely gone from the WP the following year. The old Portola roundhouse was now obsolete.

To service the diesels a new shop building and facility were constructed in 1954. The diesel shop was 225 feet long by 50 feet wide with a 25-foot lean-to on the north side. Two tracks went completely through the building and the south track was built with a full-length inspection pit. The building’s length was chosen so that a four-unit diesel locomotive could be serviced in the building.

Elsewhere around the facility, the repair-in-place (RIP) track area remained on the west end of the shop, although the original jib crane and wheel storage area was moved closer to the west end of the building, where it remains today. Much of the original infrastructure for servicing the steam fleet, such as the water and oil tanks, the original stores building and various sheds and shanties were removed. In their place sprouted up diesel fuel storage tanks and columns, sanding towers, lube oil tanks, fuel, steam and lube oil risers, and such.

Around 1970 the shop was closed when the servicing of locomotives was centralized at the new diesel repair shop in Stockton.

In 1984 the facility was handed over to the fledgling Feather River Rail Society to develop what was then called the Portola Railroad Museum.