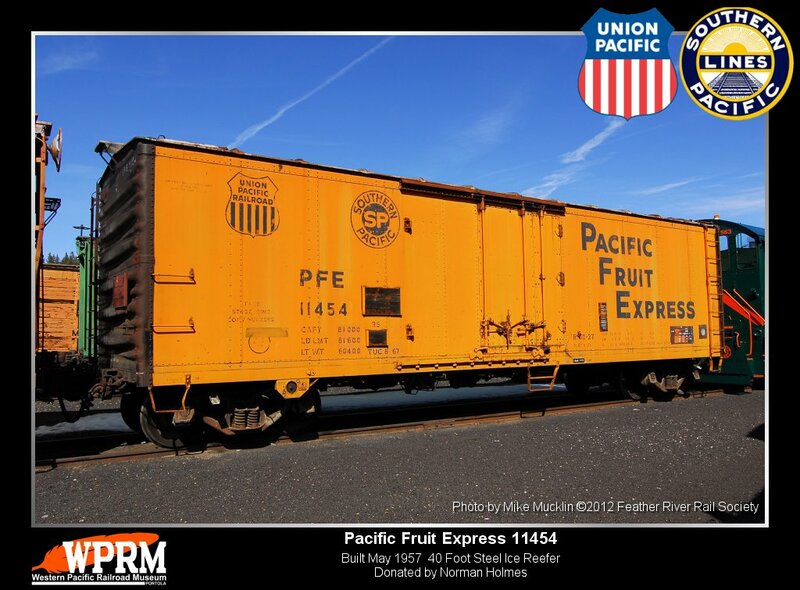 Pacific Fruit Express (PFE) was founded on December 7, 1906 as a joint venture between the Union Pacific and Southern Pacific railroads. It began operation on October 1, 1907, with a fleet of 6,600 refrigerator cars built by the American Car and Foundry Company.

In 1923, the Western Pacific Railroad joined the venture by leasing its own new fleet of 2,775 reefers to PFE. They were painted in standard PFE colors with only WP heralds on the cars instead of the paired UP-SP markings. The WP cars were all retired by the late 1950s, among the last wooden reefers in PFE’s fleet. WP ended its partnership with PFE in late 1967 and joined Fruit Growers Express instead.

PFE’s assets were divided between the UP and SP when the company was split on April 1, 1978. It is now a UP subsidiary.

More information about the PFE11454