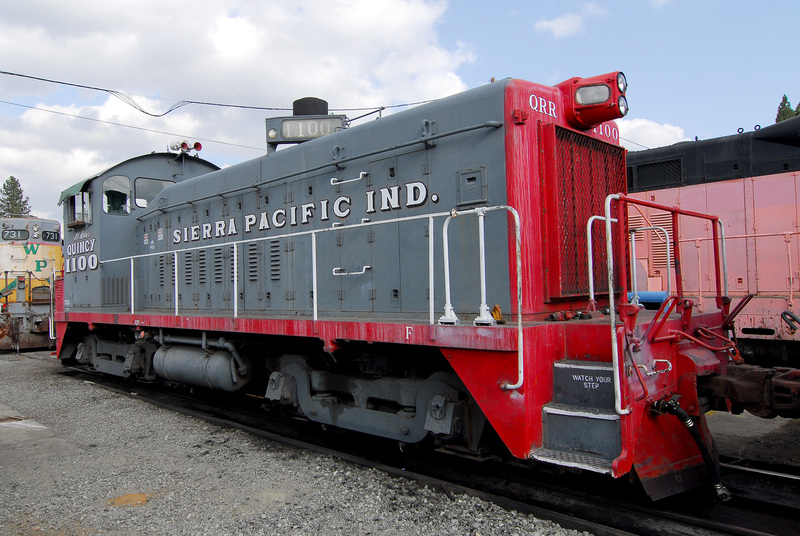 The Quincy 1100 is an EMD TR6 switching locomotive built in 1951 as a demonstrator and sold to Southern Pacific.

While working the NWP in Eureka between 1951 and 1953 it was given the name, “Little Lulu” after a comic strip character, a name it retains today.

In 1985, Southern Pacific wanted to abandon the 23-mile branch from Wendel to Susanville. This would leave the Sierra Pacific Industries mill at Susanville without rail service.

A deal was struck where SPI would lease and operate the branch as an extension of its Quincy Railroad.

More information about the QRR1100