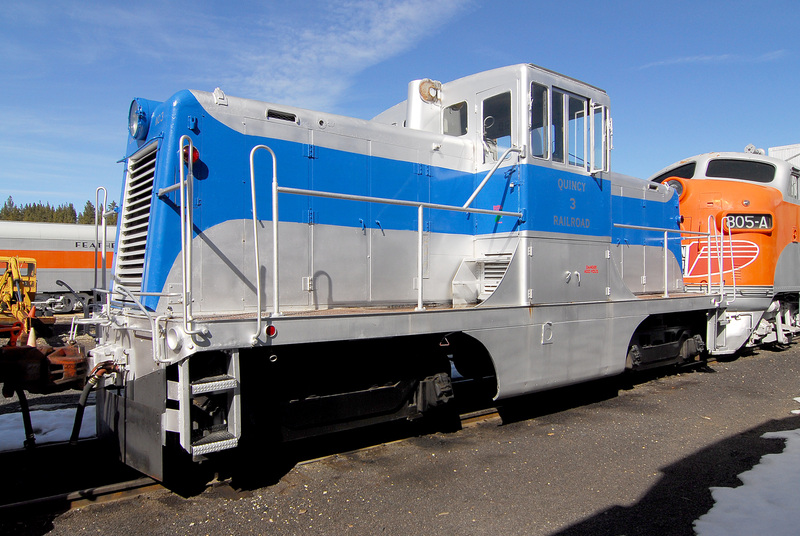 Quincy 3 was the first diesel locomotive used by the Quincy Railroad that connected with the Western Pacific just east of Keddie. The Quincy was built in response to the WP bypassing the town of Quincy when the mainline was built. Quincy is the seat of Plumas County and was the home of Arthur Keddie, the man who first surveyed the route of the WP and advocated its construction.

It was eventually retired and donated by the Quincy Railroad’s owner, Sierra Pacific Industries, to the museum.

This engine has never been out of Plumas County since it was delivered to the Quincy.

More information about the QRR3