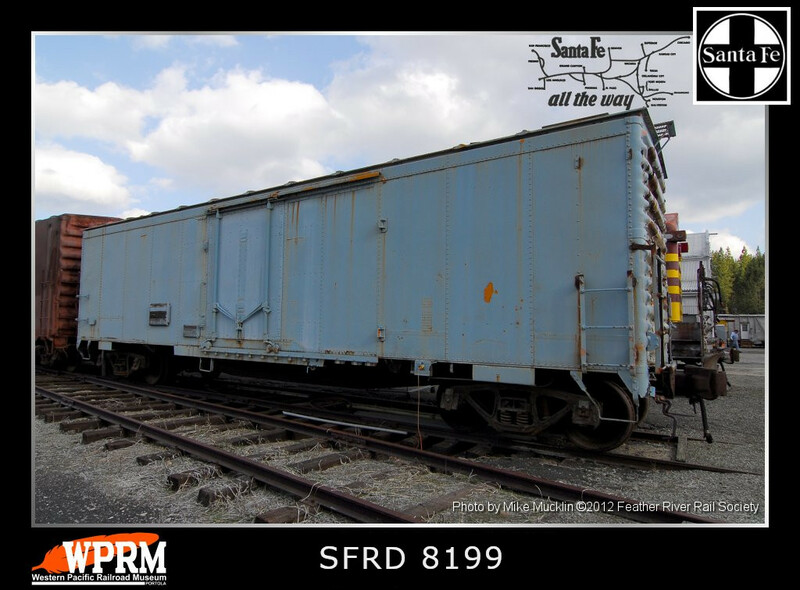 Santa Fe Reefer Despatch 8199 is a 40 foot steel ice refrigerator car. It was originally built as a wood body reefer in the 1920’s and then rebuild as a class Rr-40 steel ice reefer in 1946. While in service the car wore the Santa Fe map paint scheme.

The Santa Fe Refrigerator Despatch (reporting mark SFRD) was a railroad refrigerator car line established as a subsidiary of the Atchison, Topeka and Santa Fe Railway in 1884 to carry perishable commodities. Though the line started out with a mere 25 ventilated fruit cars and 8 ice-cooled refrigerator cars, by 1910 its roster had swollen to 6,055 total units (compared to the 8,100 units its largest competitor, the Pacific Fruit Express).

As of 1929 the line was carrying some 43 percent of California’s citrus crop, most of which travelled aboard its “Green Fruit Express” refrigerator car special. Some 100,000 produce loads were shipped from the fields of Arizona and California to East Coast markets each growing season.

More information about the SFRD8199