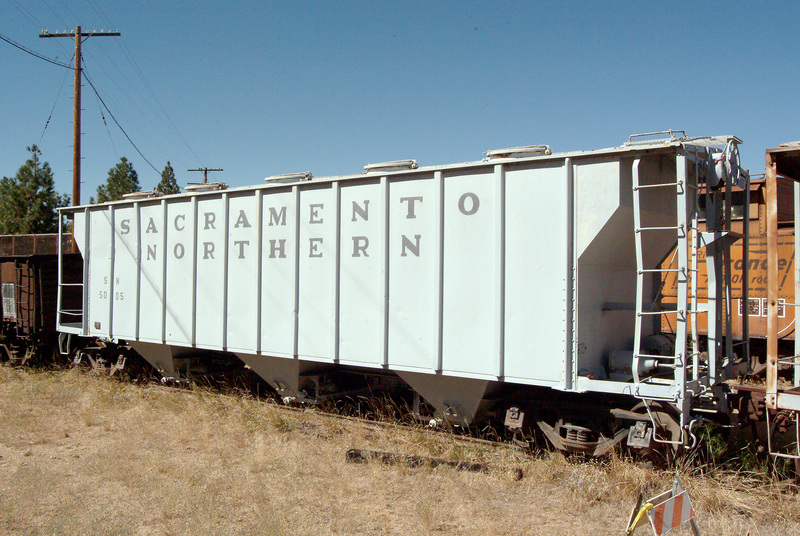 These hoppers were likely used in rice service, especially from Conaway Farms near Woodland, but may also have been used to ship bulk walnuts from Walnut Creek to Stockton during the harvest season. More often they were found in WP service.

The SN eventually rostered 40 covered hoppers, both flat side, like the 5005, and cylindrical body. This car is the only known survivor of the SN’s fleet.

It was donated by Union Pacific to the museum.