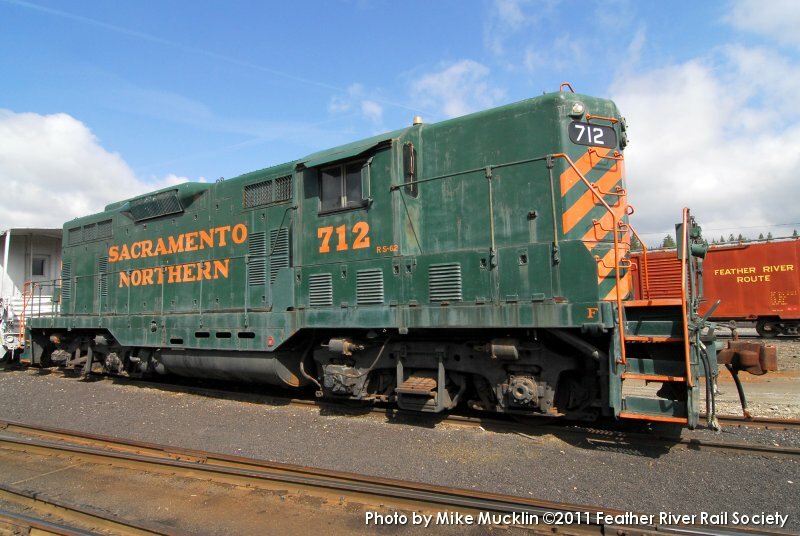 The Sacramento Northern was a subsidiary railroad of the Western Pacific. The SN was originally an electric interurban railroad from Oakland to Chico, but by the late 1960s it was dieselized.

SN 712 was built for the Western Pacific as part of WP’s second order for this locomotive model. In July 1971, the 712 was transferred to the SN.

The SN 712 was among the first on the WP system to be repainted from the as delivered silver and orange colors into the new “Perlman Green” paint, adopted with the appointment of Alfred E. Perlman to the Presidency of the WP in December 1970.

The 712 was the last SN lettered locomotive in service. Upon retirement by Union Pacific in March 1985, the engine was donated to the Western Railway Museum near Fairfield California, where it was repainted and displayed. In 2005, the Feather River Rail Society and Western Railway Museum, operated by the Bay Area Electric Railway Association, traded several pieces of equipment, including SN 712, to better focus on their respective collections.

More information about the SN712