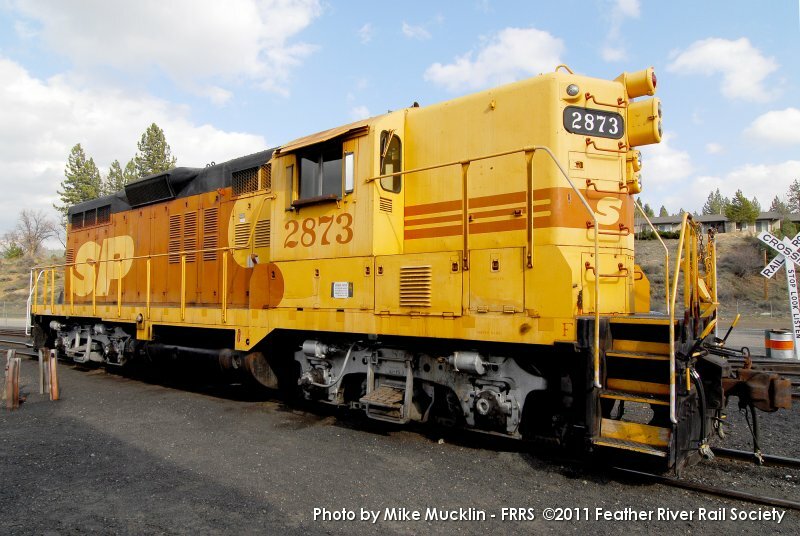 In December 1983, both Southern Pacific and the Santa Fe railroad attempted a merger, creating the Santa Fe Southern Pacific Corporation as a holding company to manage the newly combined railroad. However, in July 1986, the Interstate Commerce Commission denied this merger due to opposition by the US Department of Justice. In June 1987, the ICC denied the appeal by the SFSP, thus ending merger proceedings.

SP 2873 came to the Western Pacific Railroad Museum in 1992 after members found it in a scrap yard in Richmond, California. The FRRS purchased the locomotive and today the engine is used frequently at the WPRM as a yard switcher, in Caboose Train Service, and is a popular locomotive in the museum’s Run-A-Locomotive program where our visitors are invited to operate the 2873 under the guidance of a qualified instructor.

More information about the SP2873