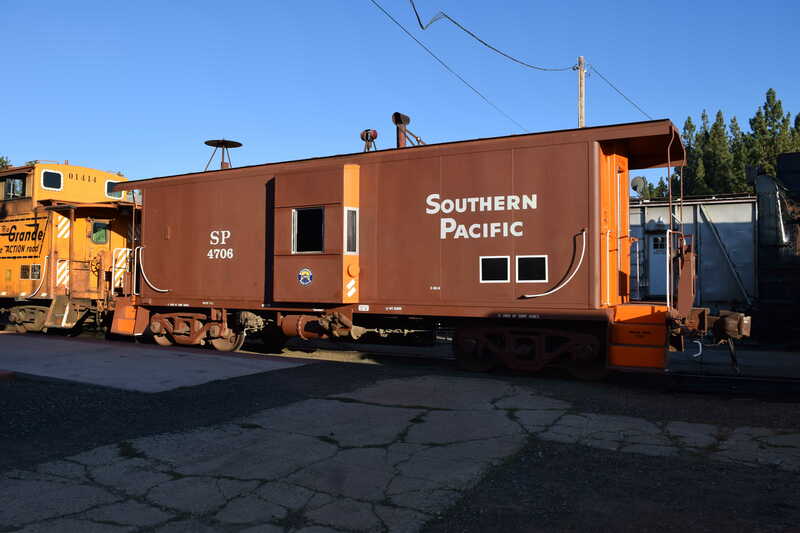 Southern Pacific 4706 is a SP class C-50-9 caboose which was built in March 1980. She is known informally as “Christine” due to the graffiti image on one side when she came to the museum.

She was acquired by the FRRS in 2006 from Union Pacific (last used as an unoccupied shoving platform, with doors and windows welded up, at the ex-SP Newhall Yard in San Jose).

The FRRS completed a major restoration of the SP 4706 caboose in August 2016.

More information about the SP4706