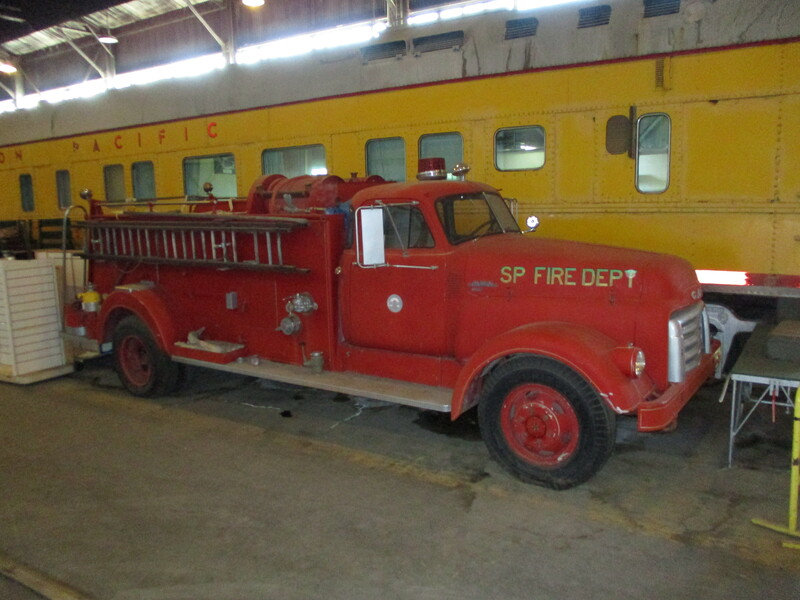 The SP 1 Fire Truck is a 1952 GMC; it was bought new by the Southern Pacific and spent most of its life in the Sacramento Shops. It was the facility fire truck until the shops were closed in 1999. The truck wound up being owned by Jim Dobbas, and was stored for quite a while in the Erecting Shop in Sacramento.

Jim Dobbas then moved it to his property outside of Colfax. FRRS member Rod McClure arranged the donation of the truck to the FRRS from Jim Dobbas, with the condition that we keep it inside, protected from the weather, as much as possible. When the FRRS went to obtain insurance on it, we had a bit of difficulty, since it was never registered by the SP while it was in the shops.

Since coming to Portola, we have displayed it at the museum and taken it to a few special events. It was a hit at the 2009 Hot August nights show in Reno and drove around the parking lot wailing its siren!

The truck is mostly operational, but needs some engine work, new tires and rims.