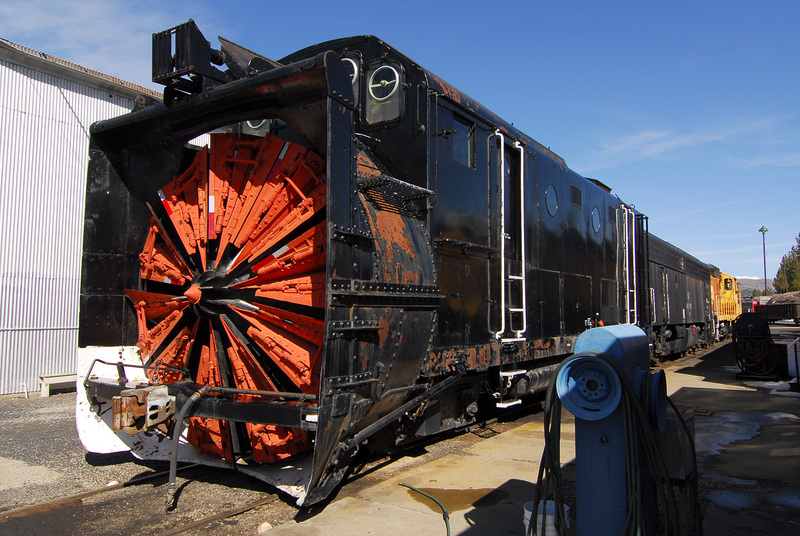 The American Locomotive Company built SPMW 208 as a steam powered rotary snowplow in 1927 for the Southern Pacific.

Starting in the 1950’s, Southern Pacific began converting its steam-powered rotaries to electrically powered units by installing a large electric motor in the carbody and providing power using an old streamlined style freight locomotive that was permanently assigned to each plow. This power unit was known as a “snail”. Unable to move itself, each plow/snail combination would be pushed by several locomotives to clear deep snow from the tracks.

SPMW 208 (numbered 7208 at the time) was one of the rotary snowplows involved in the rescue of the trapped City of San Francisco passenger train in January 1952.

It was leased by the WP in February 1973 for use on the High Line out of Keddie, and was returned to SP shortly thereafter. It was the last rotary to work on the Western Pacific Railroad.

The plow is fully operational here at the museum.

More information about the SPMW208