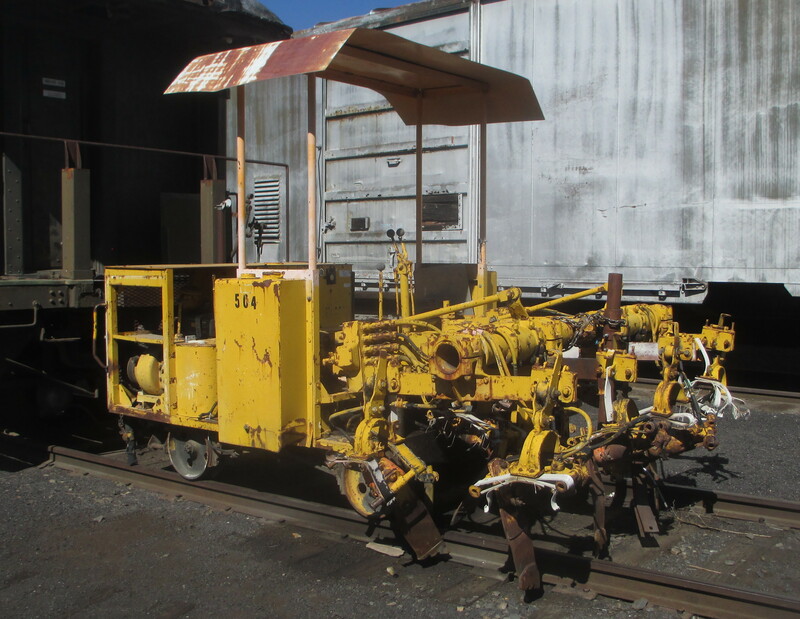 This machine is a Jackson model 100 tamper. This is an early model produced in the late 1950s and is quite small by todayˈs standards. Tampers are used to vibrate the rock under the ties to raise and level the roadbed of the railroad. This is a vibratory electric tamper; it has eight tamping heads to do both rails on both sides of the railroad tie. This machine required a crew of four to six people with rail jacks to preceed it raising and leveling the track. The tamper followed the crew tamping the raised roadbed and about a quarter mile could be done in a day.

Modern tampers use lights and lasers and have multiple rail clamps to raise and align track in a continuous motion with a single operator and can do a mile or more per day.