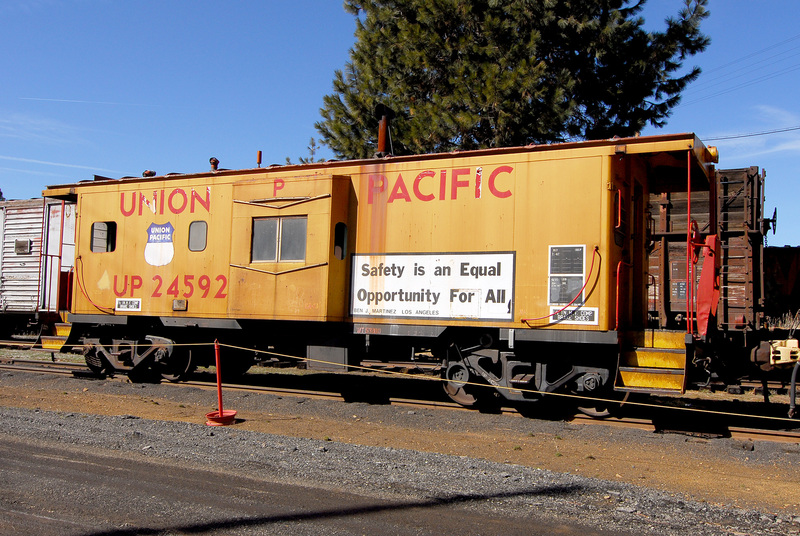 CRI&P 17174 was then renumbered to UP 24592 in May of 1980, and upgraded by the UP the next year. The UP used this caboose as a crew car for maintenance of way personnel working snow service based out of Dunsmuir, California.

The FRRS acquired this caboose from Union Pacific in 2007.

More information about the UP24592