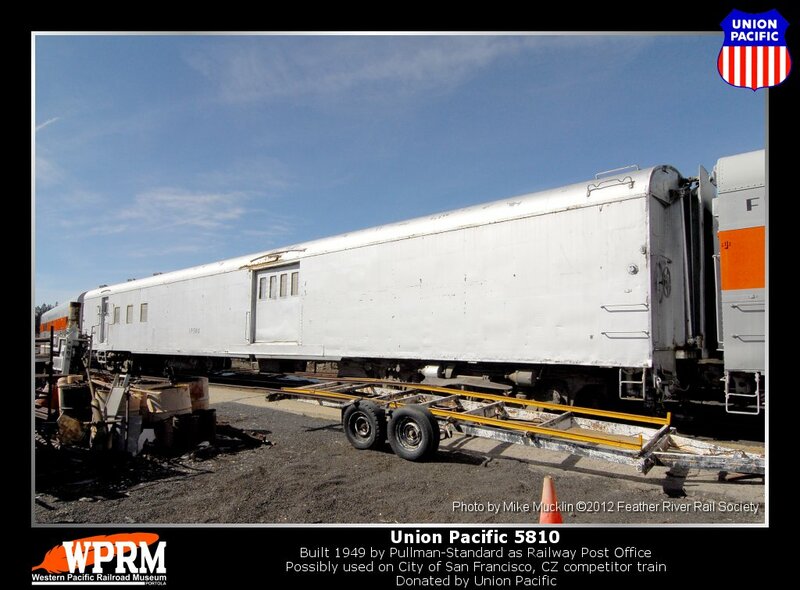 UP 5810 was in a long string of maintenance-of-way equipment in Fremont in 2005. Acquisition for the museum was arranged by Steve Lee, then in charge of the UP Steam and Heritage Fleet programs.