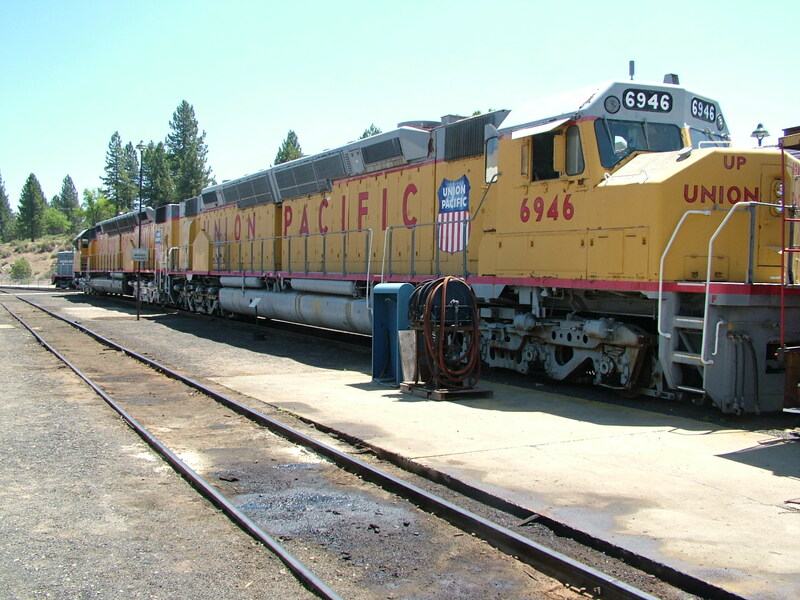 The Union Pacific was long famous for its large, powerful steam locomotives. In the diesel era, that tradition continued as UP tried to find the most powerful locomotives available. In 1969, the railroad began operating the largest and highest horsepower diesels ever built: the DDA40Xs.

The DDA40Xs were called “Centennials” in honor of the 100th anniversary of the Golden Spike Ceremony, May 10, 1869, that completed the transcontinental railroad. In all, 47 units, numbered 6900-6946, were built from May, 1969 to September, 1971. The engines worked UP’s mainlines through the American Midwest reaching to Portland, Oregon and Los Angeles, California. For a brief time after the Western Pacific merger, a few of these unique machines operated over the former WP mainline from Salt Lake City to Oakland.

The UP retained one unit, 6936, for its historic fleet and donated 12 others for preservation. Our 6946 was the last Centennial ever built and the first donated.

More information about the UP6946