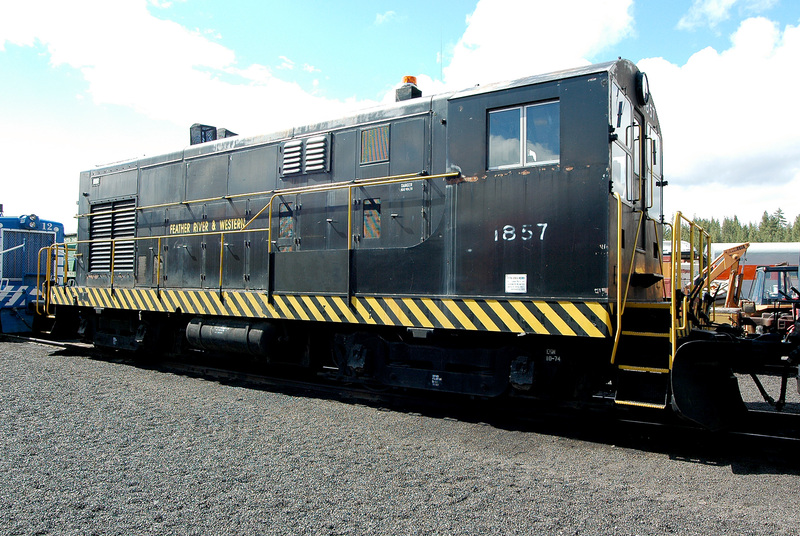 This locomotive was build by the firm of Fairbanks, Morse and Company in Beloit, Wisconsin. F-M was a relative latecomer to the diesel locomotive industry, but tried to break in with an unusual and innovative prime mover design using opposed piston engines. While ultimately unsuccessful in locomotive applications, F-M’s prime movers remain in production today and are used for naval vessels and power generators.

Between May 1950 and March 1961, 336 of this model were built, WP neighbors Southern Pacific and Denver & Rio Grande Western both rostered them. However, F-M could not compete with the larger builders. It sold its last domestic locomotive in 1958 and its last locomotive ever left the factory in 1963. Today, only a handful of running F-M locomotives remain, predominantly in museums.

It is currently displayed as Feather River & Western, a fictitious railroad.

More information about the USA1857