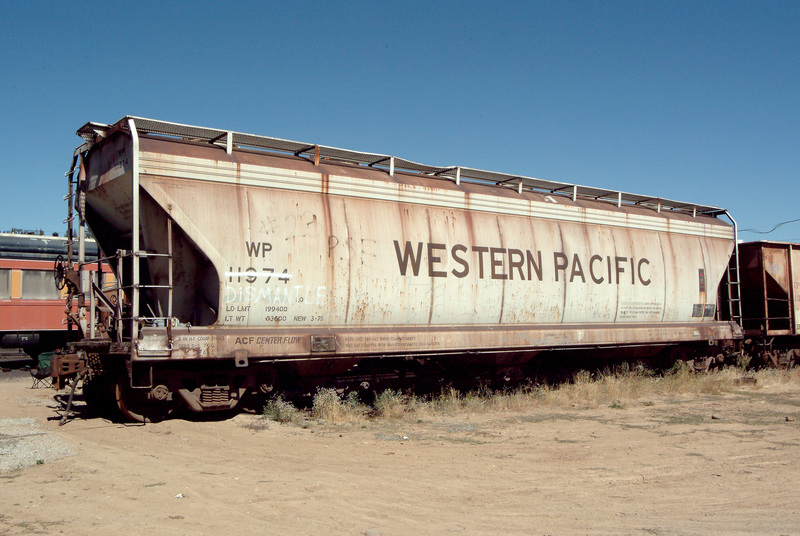 WP 11974 is a center flow hopper and is one of the later ones with the billboard WESTERN PACIFIC on the side. Built in 1975 by American Car Foundry, it is a 4,600 cubic foot capacity, three-compartment car with six individual loading 30” hatches on top. It has a load capacity of 198,000 lbs.

Union Pacific retired the car and sent it to Jim Dobbas Inc. near Sacramento, presumably for scrapping. This car was purchased by members of the “Western Pacific” Yahoo Group and donated to the museum in 2002.