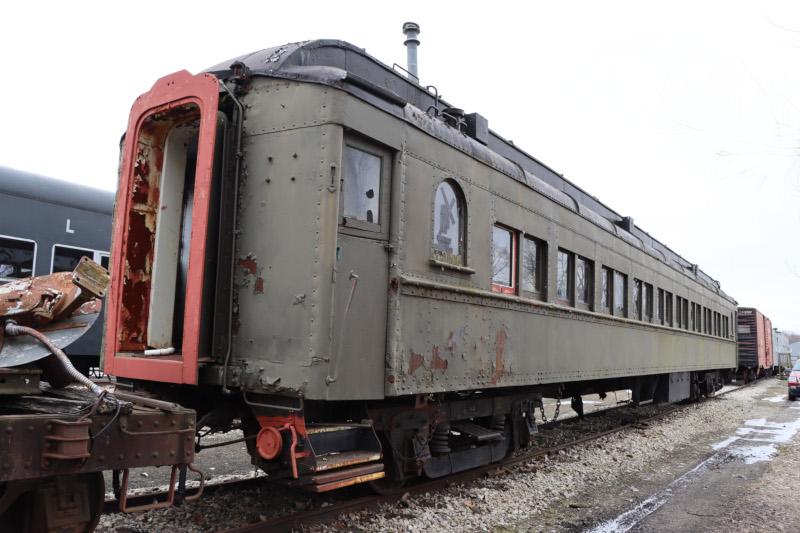 Early Western Pacific Passenger Car Donated - Not at the museum yet….

Thanks to the generosity of Les Beckman and Doug McGill, the FRRS now owns an example of the first generation of Western Pacific passenger equipment. Several months ago, we were contacted by Mr. Beckman, who along with Mr. McGill, had purchased Western Pacific Pullman Coach 302 many years ago to ensure the car was preserved. While their planned restoration had not come to pass, Mr. Beckman wanted to see the car go to a museum that reflected its heritage and contacted us about preserving it. After an inspection and discussions about the difficulty in moving it (more on that later), the FRRS Board voted to accept the donation of this very historic car.

WP 302 was built in 1910 by the Pullman Company as part of a 51 car order for the Denver and Rio Grande. Forty of the cars were diverted to the newly completed Western Pacific as WP 301-340 and formed part of the WP’s first series of passenger cars.

These first cars were leased by the WP and would return to the Rio Grande between 1919 and 1924 as the WP took possession of its own fleet. WP 302 would be used as a back-up car on the Rio Grande, and as such would avoid the upgrading and rebuilding that many of the other cars underwent over the years.

Basically unmodified from its WP days, the 302 and 13 sister cars were sold to the Algoma Central in 1949, replacing wooden cars on their new road. They would serve into the mid 1970s until replaced by newer steel cars off the Canadian Pacific. The WP 302 then went through a series of short line and excursion line owners before being purchased by Mr. Beckman and Mr. McGill. Only a handful of WP 1910-1924 era passenger cars survive today.

Aside from its rarified place in WP history, the 302 is also an operational advantage to the museum. The car measures 77 ft. over its end buffers with 55 ft. truck centers, much shorter than the typical 83 ft. to 85 ft. long passenger car. This shorter length will be much easier going around the balloon track compared to other passenger cars we sometimes operate. The plan is to restore WP 302 to its 1910s era appearance and pair it with newly restored WP 0-6-0 165 (which is 9 years younger than the Pullman coach) as the steamer’s dedicated passenger car.

Currently, the car is located at the Hoosier Valley Railroad Museum in Indiana and will require two trucks, one for the wheelsets and the other special rig for the body, to transport to Portola. This will be a costly move, currently estimated at just under $70,000, so we are currently soliciting funds to make this move happen. More money will of course be needed to restore the car, but the steam crew is excited to have a companion for the WP 165. 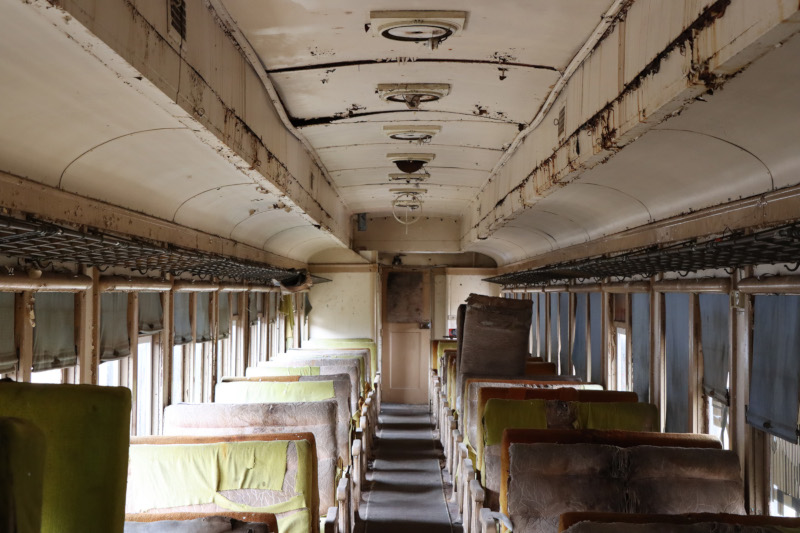