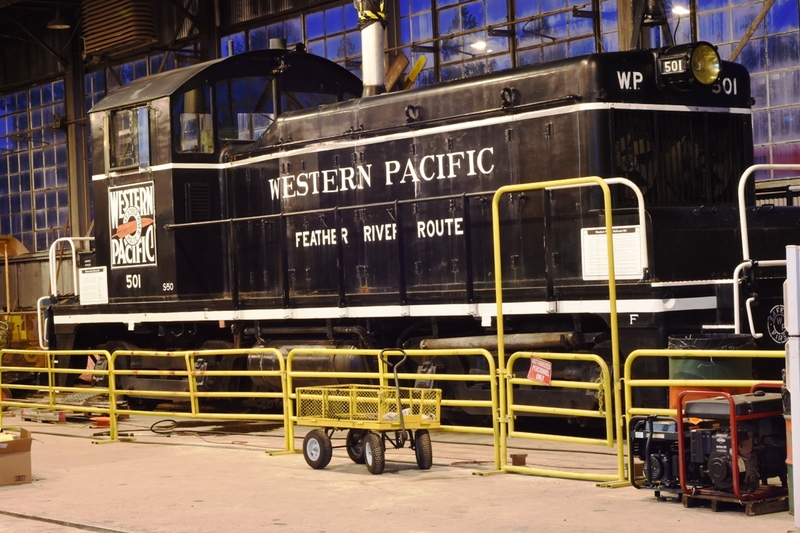 This little engine was the Western Pacific’s first diesel-electric locomotive. Sent west by the Electro Motive Corporation in 1939 to demonstrate the virtues of diesel power to the WP. Management liked what it could do and authorized the purchase of the engine and the building of two sisters within two months of its arrival. Less than fourteen years later, the WP became the first large western railroad to be completely dieselized.

The 501 worked at a number of terminals, including San Francisco, where it was needed to eliminate smoke and steam while spotting cars inside a can factory. Early in her career, the engine most often worked the yards and spurs in Oakland or San Francisco.

In 1980, the 501 was refurbished and sold to Corn Products Corporation in Stockton for use as a plant switcher. In 1987, Corn Products donated the locomotive to the Feather River Rail Society.

More information about the WP501