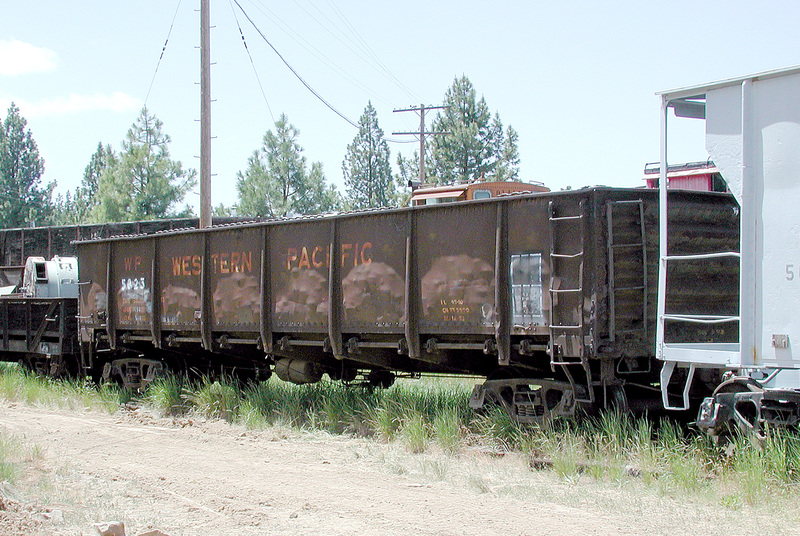 In 1960 it was converted to wood chip service with the addition of wood sides and end boards. It featured the “Keep California Green” slogan. After Union Pacific took over WP the wood extensions were removed and the car was returned to general freight service, but usually was used in maintenance-of-way service.

Union Pacific donated this car, it was in storage in Idaho before donation to the museum.