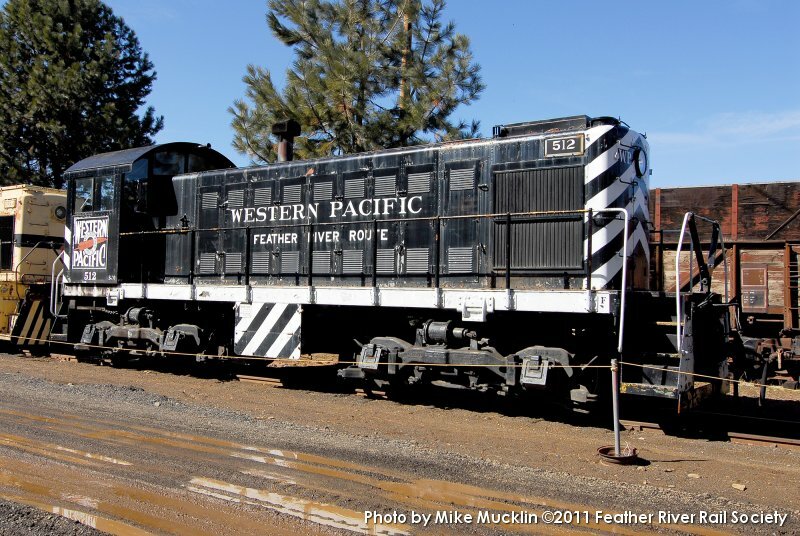 WP 512 is not a real Western Pacific Locomotive. WP 512 was built for the United States Army in 1941 and was made available after retirement through the Government Surplus Program.

Early in the museum’s history, the Feather River Rail Society desired an operating ALCO “S” series switcher, and thus purchased the 512, and then painted it into the paint scheme representative of the first ALCO S1s on the Western Pacific. WP’s ALCO S-1’s were numbered 504-511, so the FRRS logically numbered their new locomotive “512” following the WP’s numbering scheme as that would have been the next available number on WP’s roster.

More information about the WP512