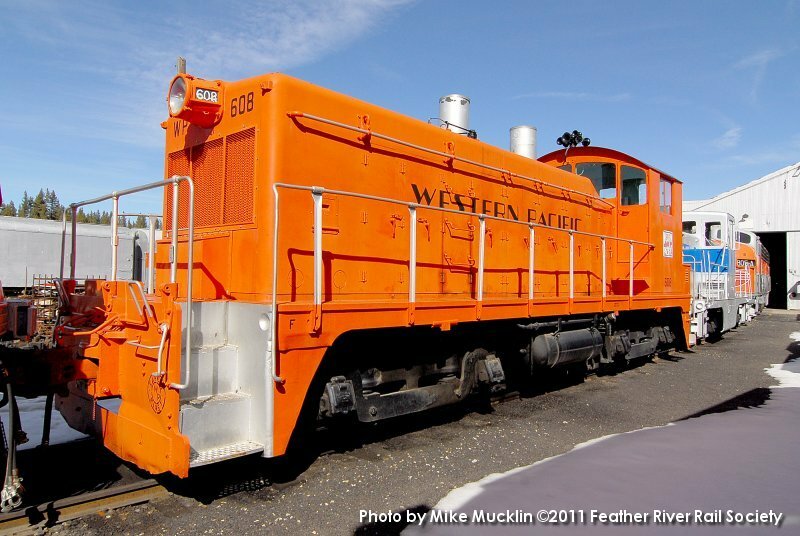 The WP 608 was built before World War II for the Union Pacific Railroad. It was the first diesel-switching locomotive to be purchased new by the UP. Numbered DS-1001, this sturdy switcher worked for the Union Pacific until the late 1960’s. It was sold and eventually ended up on the Western Pacific as WP 608 in 1968.

The unit was rebuilt and served until the end of the Western Pacific. The 608 spent most of its WP service working yards in Stockton and Sacramento. WP 608 was retired less than one year after the Union Pacific acquired the WP, being set aside in September 1983.

More information about the WP608