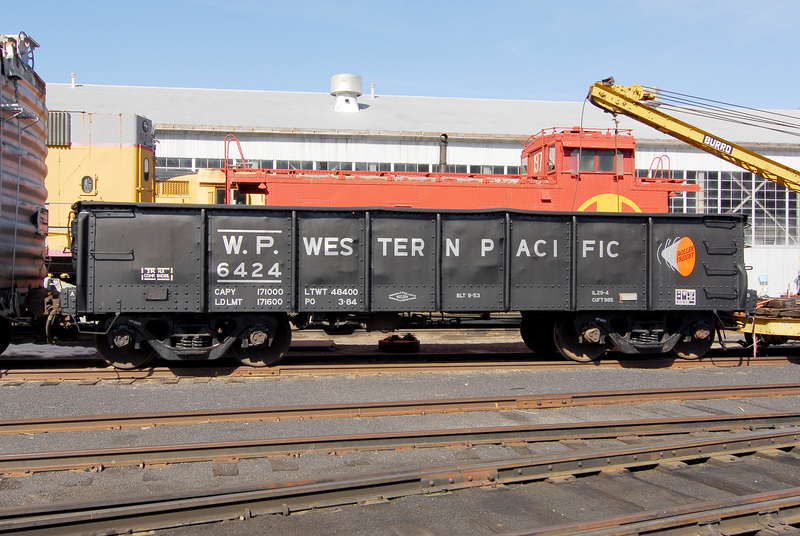 This tiny gondola is among the most historically important freight cars in the WPRM collection. Its wheels, specifically the bearings that hold the wheels, represent a sea-change in railroad technology.

From the earliest days of railroading, friction where the rotating axle attached to the framework holding wheel sets, referred to as a “truck”, had been a major issue. A type of bearing device, called an “oil waste journal” and commonly referred to as a plain or friction bearing, quickly became the standard for axle bearings. These were prone to failure. When a failure occurred, the bearing would heat up, catch fire, and possibly break apart, a condition referred to as a “hotbox”.

Starting in the 1920s, the Timken Company began promoting a “roller bearing” for railroad applications. This bearing required very little lubrication, created less friction and was touted as a money and fuel saving device.

The Sacramento Northern Railway, a WP subsidiary, served a US Steel mill in Pittsburg, California. When the WP needed to expand its fleet of steel coil cars for this mill, they decided to improve on the gondola cars usually used in such service. They purchased 100 of these short mill gons.

Since the coils were so heavy, they overloaded the typical 45’ to 50’ long cars before they were full, so the builder made the new cars very short for less wasted space.

Most significant was the application of roller bearings. These cars were the first large batch of production freight cars built with sealed roller bearing trucks. WP was at the forefront of this revolution, which was so important that the cars were delivered with a special “Roller Freight” logo. Today, the old “plain bearings” are illegal for regular rail service and the roller bearing reigns supreme.