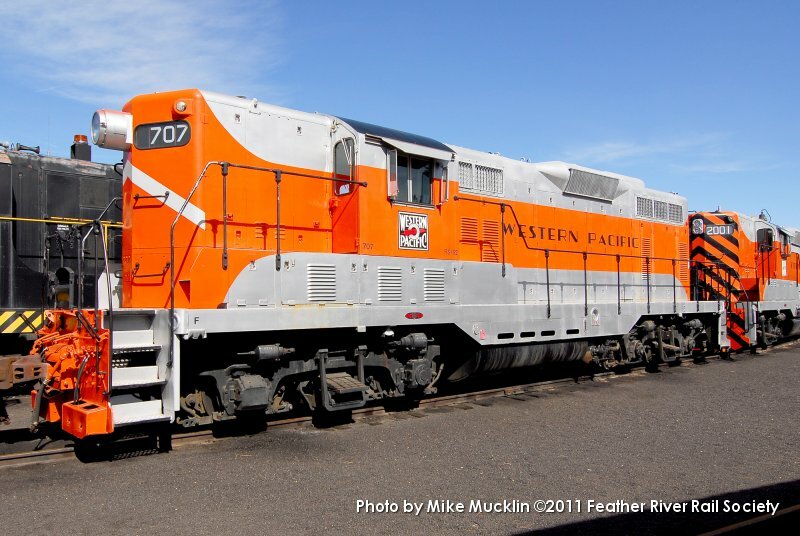 The first diesels to replace steam locomotives in large numbers were mostly “carbody” type engine, where the body was full width, with no walkways and the form was often streamlined.

Beginning in the 1940’s, however, locomotive builders began putting narrow hoods on their larger locomotives, creating motive power suitable for mainline freight trains, but having the visibility to allow its use as a switching engine. The “road switcher” body quickly became the dominant style for freight locomotives, one which continues today. The 707 represents the first model made by the Electro-Motive Division of General Motors using this style, and was part of the first order of such locomotives delivered to the Western Pacific.

The 707 and her sisters had long careers on the Western Pacific, their versatile and rugged design proving its worth. Most would serve until after the Union Pacific merged the WP in December 1982.

More information about the WP707