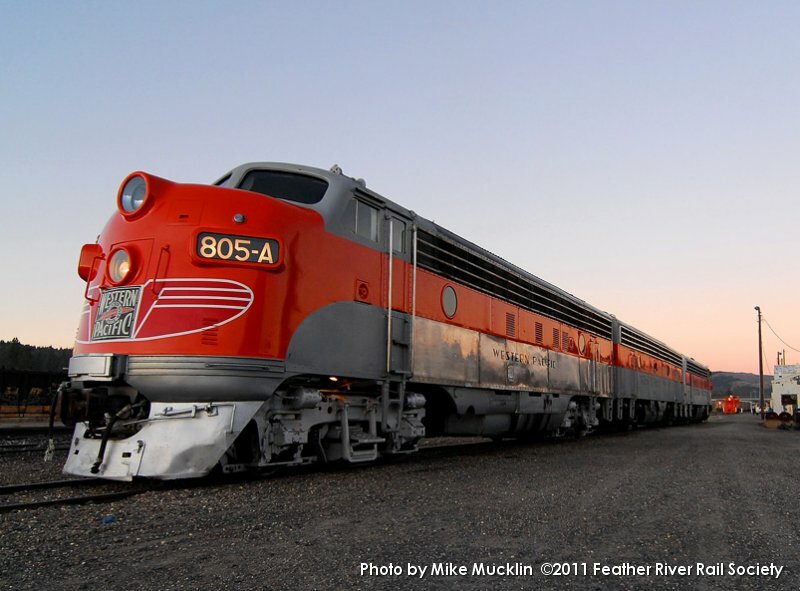 Western Pacific 805-A was built by the Electro Motive Division of General Motors in 1950 as part of an A-B-A set of 2 “cab” units and 1 cabless “booster” unit for the road’s flagship “California Zephyr” passenger train.

This cab unit, typically accompanied by two cabless “B” units, hauled the train between Oakland and Salt Lake City from 1950 until March 22, 1970, when the train was discontinued.

The 805-A was then placed in freight service, traded in for credit, resold and transferred to another railroad in Pennsylvania. After that railroad was abandoned in 1977, she went to Louisiana and worked until she needed a major overhaul.

Arrangements were made to purchase the locomotive in 1987 with the cost shared between three society members and the FRRS.

WP 805A is the last WP California Zephyr locomotive in existence.

More information about the WP805A

Photos of the Mars light mechanism