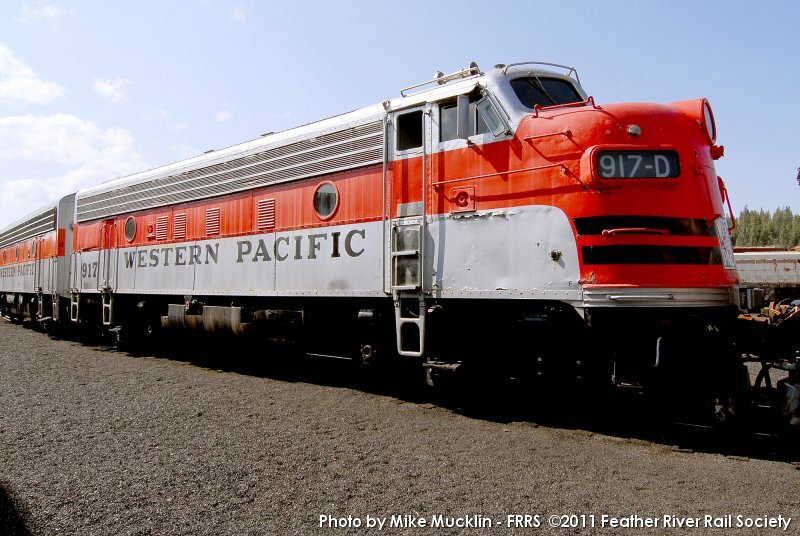 WP 917-D was part of WP’s first order for the F7 model, all delivered as four unit sets lettered A-D (A and D units had control cabs). These “F-units” served until newer models with higher horsepower and better visibility rendered them obsolete. The WP was slow to retire them, however. The railroad was always too short of money to completely replace many older engines, which could still earn a profit. By 1977, when most railroads had long since replaced their full carbody style locomotives, the WP still rostered four. That year, two of the survivors were sent to Morrison-Knudsen in Boise, ID for rebuilding, while 917-D was rebuilt by WP in Stockton.

For the next three years, the newly christened “Fab 4” continued to earn their keep while generating great publicity for the WP, typically working the regular train between Stockton and San Jose.

After the Union Pacific merger, the 917-D was retired and donated to the Bay Area Electric Railway Association. In 2005, it came to Portola as part of a large equipment trade between the organizations.

More information about the WP917-D