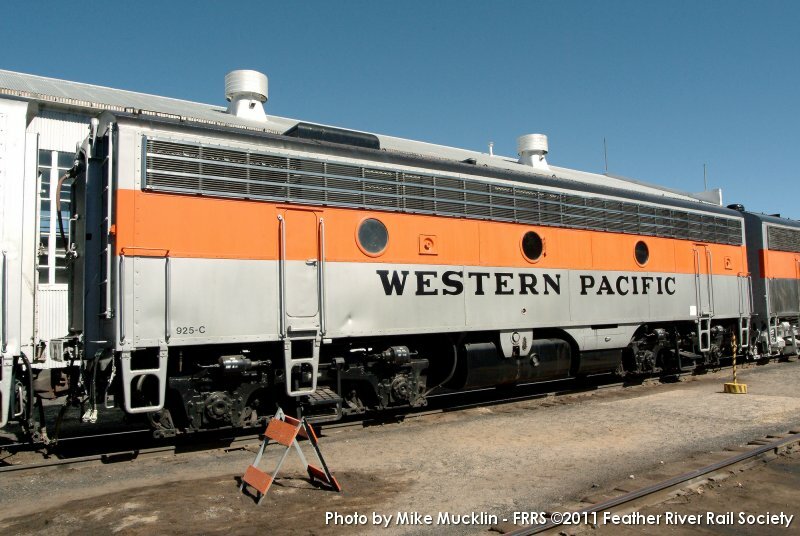 Western Pacific’s “covered wagons” (an affectionate nickname for these carbody type locomotives) fleet consisted of an equal number of “A” cab control units and “B” cabless booster units. As the units aged and were traded in on new, higher horsepower units, the “B” units were often first to go due to their limited versatility compared to the cabbed units. By the time the FRRS established the Western Pacific Railroad Museum, all of the Western Pacific’s “B” units were gone or beyond salvage. Still, a “B” unit was desired to represent this type of locomotive in our collection. In the late 1980s, the Canadian National Railway still had some “B” units which had recently been sold for scrap. Arrangements were made to purchase one of the units in operating condition and restore it to represent a WP freight “B” unit.

This unit, built as CN 9039, was repainted in WP’s classic orange and silver “Zephyr” paint scheme and given a fictitious WP number based on the railroad’s own number scheme.

More information about the WP925-C