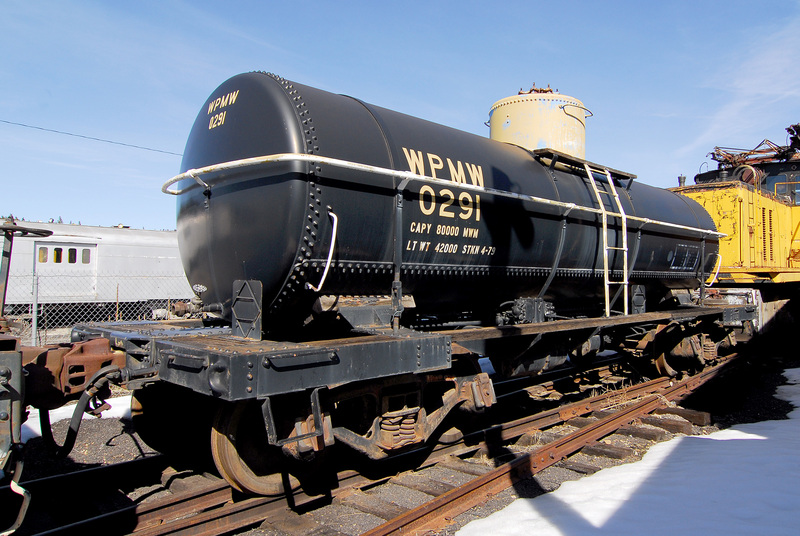 Union Tank Car Company was founded in 1866 by Captain Jacob J. Vandergrift, in response to the economic activities of John D. Rockefeller in the years leading up to his creation of Standard Oil.

This car was built in April 1952, originally as UTLX 9284. It is a 39 foot, 10,000 gallon, one dome tank car. Union Tank Car Company used it in their lease fleet. It was acquired by WP and eventually was sold to the Feather River Rail Society for our museum.