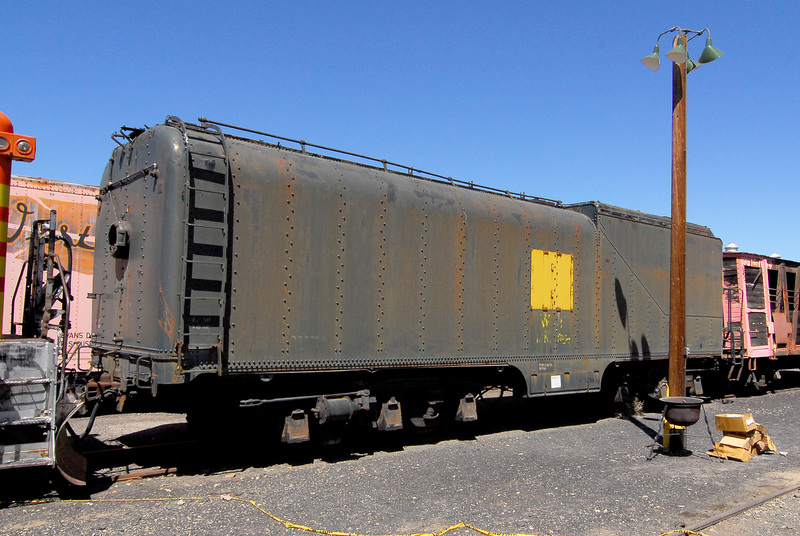 Western Pacific Maintenance-of-Way 27-2 was last used as the fuel and water tender for WPMW derrick 27. Lima Locomotive Works originally built it in July 1943 for use with steam locomotive WP 484. It has a capacity of 23,000 gallons. This tender is the only remaining tender from the Western Pacific’s GS-64 series locomotives.

No. 484 was retired when the Western Pacific dieselized and they sold her to the Southern Pacific railroad for spare parts.

Special thanks for research by Chris Jacobsmeyer.