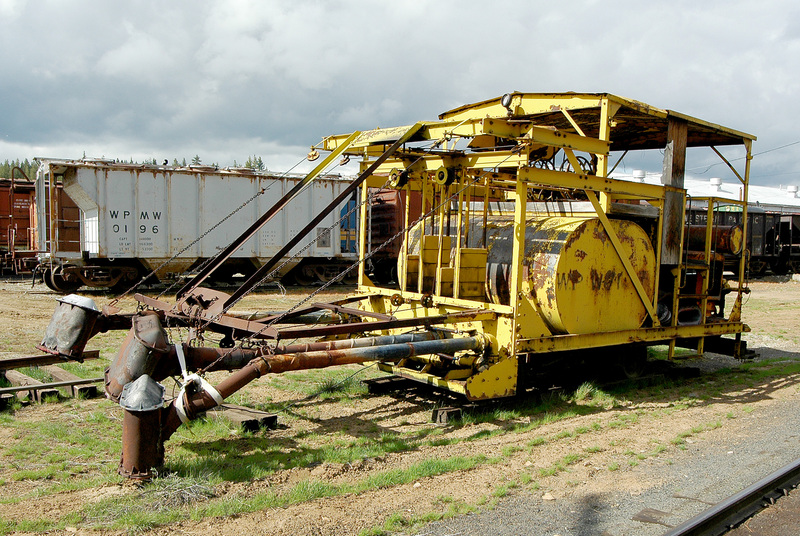 This unique piece of railroad equipment was used to burn weeds along the right-of-way and to thaw frozen switches and melt snow around the yard.

It used #2 diesel as the fuel for the five burners, each at the end of a long boom. Each boom could be raised or lowered individually and moved left or right. Each boom had a foot-pedal lock/release and a wheel that the operator would manually use to move the boom.

It is believed it was used until sometime in the 1970’s and then was retired.

More information about the WPMW71