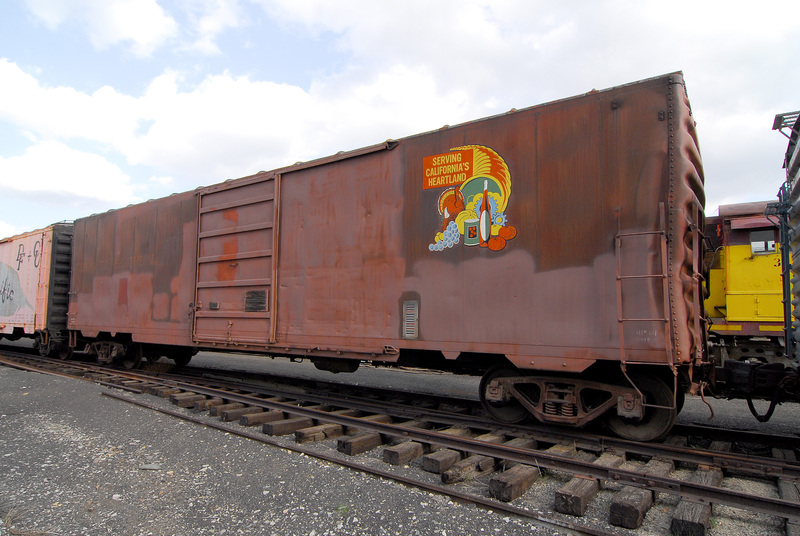 For most of its history, Tidewater Southern was a subsidiary of the Western Pacific Railroad.

The Tidewater’s 501 series boxcars comprised 25 cars delivered in July of 1955. They were the first real fleet of interchange freight cars owned by the railroad.

The 501 series appear to have been a follow-on to a Western Pacific order delivered in June 1955. WP 36011, part of that order is part of the WPRM collection.

The most interesting aspect to the Tidewater cars was the unique logo they were delivered with. This special logo depicted a cornucopia, or “horn of plenty”, with the slogan “Serving California’s Heartland”. This was one of the most colorful logos ever used in railroading and was only used on these 25 cars.

Before it was donated to the museum, Tidewater Southern 521 was reassigned to maintenance-of-way and renumbered WPMW 37-10. It is now at our museum hidden under silver paint and lettered as WPMW 37-10.